We work with our own in-house projects or on demand. No challenge is too great. 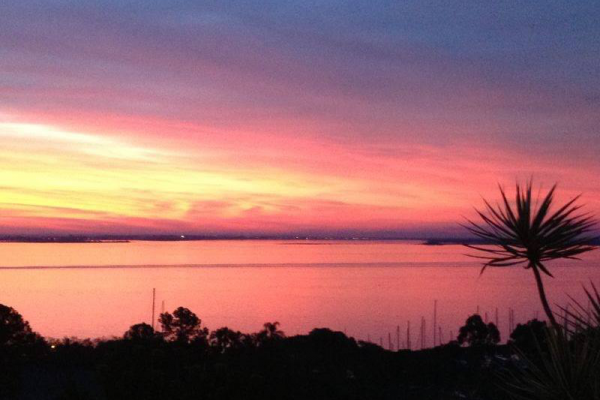 Located in a house on the south side of Porto Alegre, overlooking the Guaíba River, ours is a comfortable workplace in which creativity and inspiration are nurtured.

Born in 1982 in Porto Alegre, Brazil, Leo Garcia is a screenwriter and a producer. With a Master’s Degree in Fictional Screenwriting for TV and Cinema at UPSA – Salamanca, Spain), Garcia dedicated his career to the craft of storytelling.

As a founding partner at the production company Coelho Voador (flying rabbit), he has written a number of feature films, short films and TV shows throughout his career, winning several awards, such as the Santander Cultural Award for feature film projects, an honor which he received twice in 2009 and 2011, and was also selected for the Berlinale Talents in 2014. Besides his work as a writer, Leo has also led several writer’s rooms and script-doctored many projects.

Garcia has been contributing to the screenwriting community in many other ways, offering his experience and knowledge through courses, workshops and lectures in Porto Alegre, Rio de Janeiro, Brasília, Goiânia, Aracaju and many other cities in Brazil.

As a founder and general manager of FRAPA (Festival de Roteiro Audiovisual de Porto Alegre), he created the most important screenwriting festival in Latin America, which had its 7th edition in July 2019. He’s also the mind behind Coelho Voador’s Alfaiataria (tailor shop), a screenwriting lab designed to discover new talents and encourage new writers.

Garcia wrote and produced the animated short film Ed (2013), which was selected for more than 100 festivals in 33 countries, having won 28 awards, among them the 2014 Canal Brasil Grand Prix. The film is currently online, and has more than 2 million views.

He wrote and produced other short films like Another Empty Space (2016), filmed in Berlin and selected for more than 50 festivals. Also as a producer, he worked on the feature film Mateína (2020), an international comedy co-produced with Uruguay and Argentina, selected for “Cinéma en Construction 2018” (Films in Progress), a joint initiative between Cinélatino, Rencontres de Toulouse and the San Sebastian Festival.

As a screenwriter, Garcia has four feature films already produced, starting with Em 97 Era Assim (“Back to ’97”, 2018), a teen comedy awarded internationally, which premiered in theaters in June 2018 and is now available on VOD platforms.

Then, he wrote, directed and produced A Vida Extra-Ordinária de Tarso de Castro (“The Extraordinary Life of Tarso de Castro”, 2018), a biographical documentary feature, concerning the life and work of an iconic Brazilian journalist, selected for Rio de Janeiro Int’l Film Festival and Sao Paulo Int’l Film Festival in 2017. It was screened at theaters in 2018 and is now available on VOD platforms.

Also screening at festivals in 2020 is the feature film Depois de Ser Cinza (“After the Ash”, 2019), a screenplay with which Leo Garcia won a scholarship from IBERMEDIA, becoming the only Brazilian to participate in the II Ibero-American Meeting of Cinematographic Writers, held in June 2013 in Mexico.

Leo Garcia wrote a number of TV Shows of different genres, such as the comedies Sapore D’Italia (2011 – RBSTV and Globo International), Bocheiros (“Old Glories”, 2014 – TVE and Prime Box Brazil) and Paralelo 30 (“30th Parallel”, 2019 – Prime Box Brazil), the supernatural thriller Werner e os Mortos (“Werner and the Dead”, 2017 – Canal Brasil), and is currently working as a creator and showrunner of the upcoming sci-fi drama A Benção (“The Blessing”, 2020 – Canal Brasil), which was selected among more than 1500 projects as one of the 15 finalists in the NETLABTV 2013 competition. Principal photography took place in the summer of 2019 and the series is currently in post-production, slated for release in 2020 on Canal Brasil. 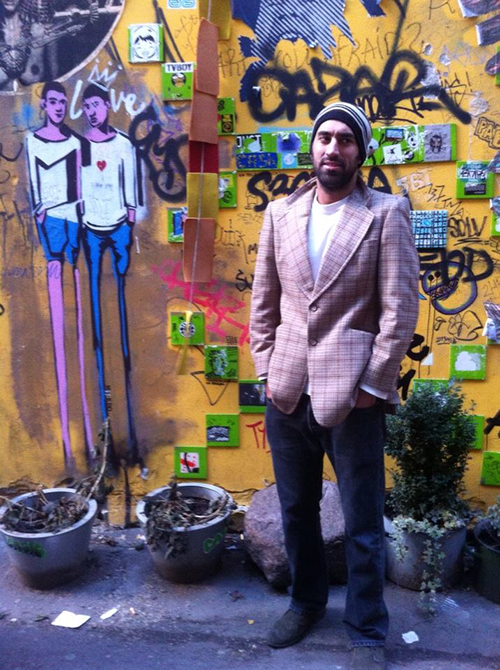