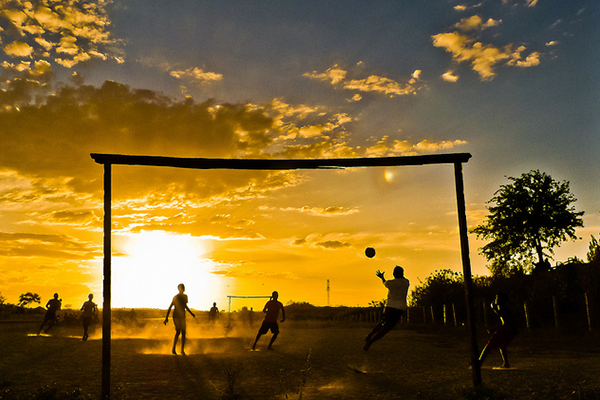 “The Super Team Strikes Back” is adapted from the book with the same name (winner of the Jabuti award), written by Carlos Moraes, about a group of friends from an inner Rio Grande do Sul city who put together a neighborhood soccer team. Taking place in the 60’s, the story is not only about soccer but also friendship, overcoming adversity, young love, and above all, the start of adulthood.

In order to win a major soccer championship at São Luís high school, two rival teams from the same neighborhood follow the advice of Amaro, a humble mason, and decide to merge together – thus forming a practically unbeatable super team. The main character is João Ivo, also known as Toucan on account of his oversized nose. Even though he excels in the field, Toucan is hopelessly in love with Lia, sister to the team’s left-wing, and will do anything to win her heart – even if he’s not very good at it. The team eventually grows beyond all expectations, and their victories will go much further than mere trophies.